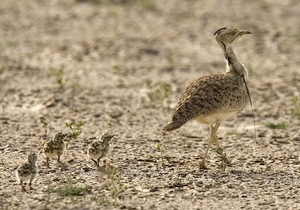 Morocco is one of the best birdwatching destination in Africa. The country is a bird-lovers paradise: thousands of exciting, exotic species spread out over some of the most diverse habitats imaginable of about 454 species that have been recorded in this country. From March to May is considered the best period to watch birds, it is the time in which the weather is generally mild, so you can be assured of plenty of sunlight. 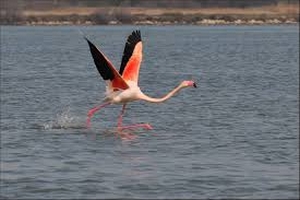 - Sidi Boughaba : Is a protected site remarkable for the preservation of biodiversity. It is the Ramsar Convention. It is a paradise for birds. There are over 171 species , the lake is location is a very important migration road . The birds wi feed into the lake, others seaside It has been observed, among others: marbled teals, coots , crested , flamingos, shoveler ducks and marsh harriers . A sizeable population of partridges stays as the rest of migratory passerines or sedentary. 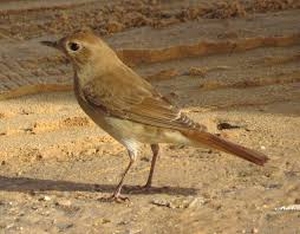 - Souss Massa National Park : Situated between Agadir to the north and Sidi Ifni to the south. The estuary of Souss River is the northern limit of the park, and that of the Oued Massa is near the southern end. 30,000 ha of land near Aglou. The river is a host of breeding Marbled Ducks, a globally threatened species. It is the only known Moroccan breeding site for the Glossy Ibis. The two estuaries are important for migrants, especially waders and gulls.