The west coast of Morocco is more than 800 km of Morocco’s coastline, from Casablanca in the north to Dakhla down south. The months April to October is the time in which most consistent swells, decent surf occurs throughout the year, mostly taking place on the beaches and reefs on the more exposed north west coast. It is the best time for those who are looking for joy, in uncrowded warm water surf. 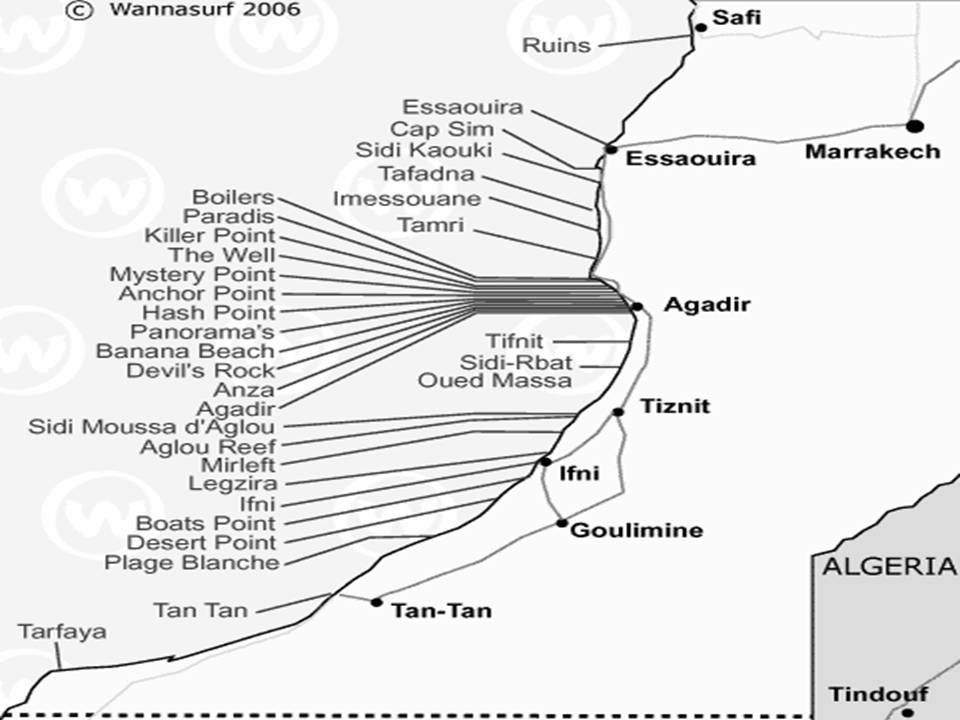 If you are not interested in bringing your own surfing gear it is very easy to get them from local surfing tour operators.