Ferry Timetables In Morocco, Most Popluar Ferries to get to Morocco

Many International ferries operate to and out of Morocco’s main ports, such as Tangier, Nador and Tangier Med. 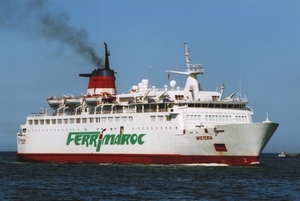 The most popular traveller route is from Algeciras to Tangier. There are other options of ferry with different prices and cross frequently. Another short ferry is from Algeciras Spain to Ceuta. High-speed ferries will whiz you across the Straits of Gibraltar in just over half an hour.

Most Popluar Ferries to get to Morocco

Ferries that go every day to Melilla come from Almeria and Malaga. There are also ferries between Almeria Spain and Nador Morocco. You can also get to Tangier Morocco from Tarifa Spain on a high-speed ferry. 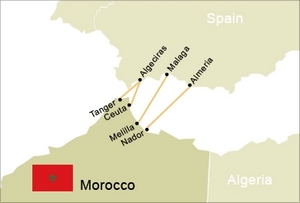 Ferry To and From Gibraltar
It operates twice a week from Gibarltar to Tangier and is a two-hour journey.

Ferry To and From Italy
Ferries operate every six days and it takes 2 days boating from Genoa Italy to Tangier Morocco.

Ferry To and From France
The Ferries go from Sete to Tangier all year round. It takes 36 hours. During summer holidays, it also available from Sete France to Nador Morocco and from Port Vendres France to Tangier Morocco. The ferries have restaurants, nightclubs, beds and shops on board.