If you are traveling from Europe, you can fly directly into the more popular tourist cities like Marrakech. Using Webjet you will be able to quickly find the cheapest flights on any airline as well as the best days to fly for the absolute lowest price airfare possible. The largest airport is in Casablanca. The city is not much a tourist destination It is mostly just landing and heading to Fes or Marrakech. 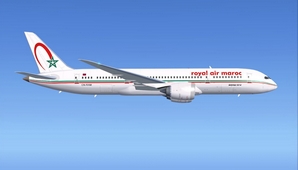 Morocco’s national airline is named Royal Air Maroc, based in Casablanca. Along with the smaller Air Arabia Maroc, Morocco can be reached from many major cities in Europe, including a few Northern America destinations such as United States, Mexico and Canada. It is much easier to find cheap flights to Morocco due to the competition as there are many smaller airlines which fly directly into Fes and Marrakech.

It is your best bet for a cheap flight, but if you are not planning on seeing the city itself, you are better off checking for flights into the cities below, since you can often change planes in Europe and get there directly. The two airlines that flight mostly to Casablanca are Air Arabia and Royal Air Maroc. You can fly into Casablanca from Europe directly through EasyJet, Alitalia and Iberia airlines. You can also fly from NYC directly to Morocco through Casablanca on Royal Air Maroc ( RAM ).

One of the most important airports for tourism industry of Morocco, it is served by an increasing number of low-cost airlines. You can fly directly from Europe to Marrakech on RyanAir, Jet4You, EasyJet, Atlas Blue and Iberia Airlines. The exception is if you are flying from Paris on Royal Air Maroc, you will need to change your planes in Casablanca.

One of the less busier airports in Morocco. Among the airlines that fly nonstop to Fes are those coming from Europe, RyanAir, Jet4You, Transavia France and Atlas Blue Airlines.