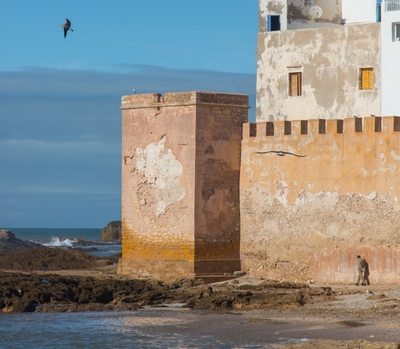 Morocco has the best coastline in the African contient the coast on the Atlantic Ocean that reaches past the Strait of Gibraltar into the Mediterranean Sea. It is bordered by Spain to the north (a water border through the Strait and land borders with three small Spanish-controlled exclaves, Ceuta, Melilla, and Peñón de Vélez de la Gomera. Although the beaches at Essaouira and Oualidia are the largest and the most impressive ones of Morocco.